From 2011 to 2015 U.S. National Health Expenditures are projected to have grown by $538 billion.  Hospital and nursing home care will account for 37 percent of this growth, while physicians and other health professionals will account for 24 percent. Prescription drugs will account for 12 percent, as will the net cost of private insurance.

An analysis of U.S. National Health Expenditures clearly reveals that prescription drugs are not and will not be the primary driver of health care spending growth.

Surprisingly, from 2009 to 2013 the net cost of private insurance (the difference between premiums charged and benefits provided) accounted for 9 percent of health spending growth, more than double the contribution of prescription drugs. 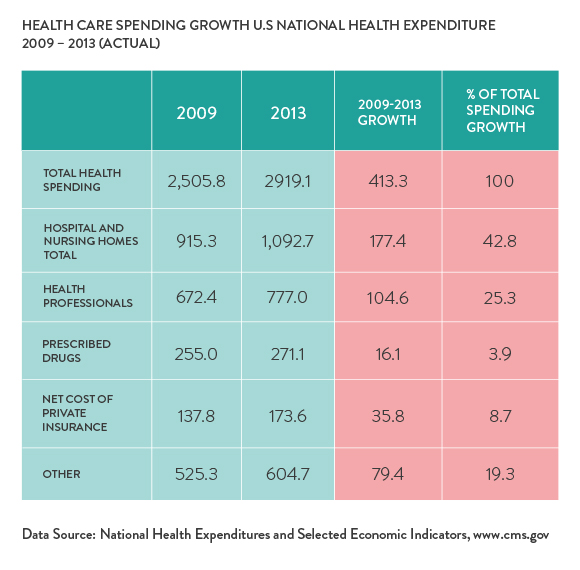 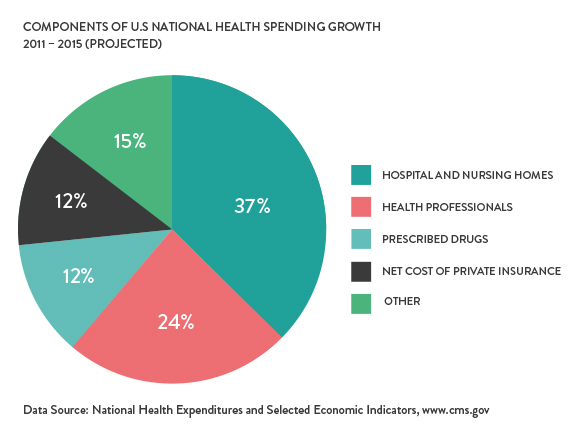